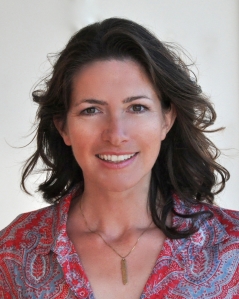 Fem: Your book, Dakini Power, shares the stories of prominent female Tibetan Buddhist teachers. What motivated you to explore their perspectives?

Michaela Haas: After studying Buddhism in India and Nepal for some years I realized that I never met any female masters. Whether at the university or in more traditional circles, the teachers always happened to be men. So, where were the women? I became curious and sought them out. Of course they existed, but they just weren’t as much in the limelight. I was even more surprised when I couldn’t find a book that features the most accomplished women of the Tibetan Buddhist tradition in the West. How can we follow a tradition when we don’t see any female role models? So it seemed fitting to focus on the female teachers’ lives, how they dealt with challenges, what motivated them to move forward. I find the examples of these courageous women extremely inspiring.

F: How do you think gender intersects and overlaps with religion and religious positions of power?

MH: The historical Buddha was actually revolutionary in inviting women into the ranks of his order and praising their accomplishments, but like in most religions (I was raised Catholic, and the fact the women weren’t given equal access was one of the reasons I left!), subsequent religious leaders didn’t entirely share this perspective of equality, to put it mildly. In the Tibetan language, the word for woman literally means “lesser being” or “inferior birth.” So, while Buddhism is based on the notion of equality beyond gender, this is not the everyday reality for many women, especially in Asia, and women still struggle to gain equal access to education, resources, and influence. To this day, the main decision makers in Tibetan Buddhism are men, and the nuns continuously rank among the group with the worst health care and the lowest education. There are probably about 400 million Buddhist women worldwide. Why would you exclude some of the brightest and savviest people from participating fully?

F: Do you think these women exemplify changes in that dynamic? In what ways do you hope they’ll challenge perceptions of Buddhism in the West?

MH: Absolutely! All the twelve women portrayed in Dakini Power are pioneers who followed their intuition against all odds, made dramatic decisions, and sometimes had to fight for their survival in order to lead the lives they envisioned. All of them were criticized at one point or another — for being too conservative or too rebellious, too feminist or not feminist enough — yet they pulled through with immense bravery. What inspiration these women’s stories offer modern spiritual seekers! What we can learn from these women is: Never give up! Follow your calling, and don’t let others discourage you! My profiles include Pema Chodron, the most successful Western Buddhist teacher; Jetsunma Tenzin Palmo, the famous British librarian who founded her own nunnery in North India to give women equal access to study and practice; Roshi Joan Halifax and Lama Tsultrim Allione who are both outspoken feminists; Thubten Chodron, who established a Tibetan Buddhist monastery in Washington state where women are highly encouraged to study and teach; and Karma Lekshe Tsomo, originally a Malibu surfer girl who now heads up the most important international organization for Buddhist women, Sakyadhita. Together they have already changed the way Buddhism is perceived in the West and the East: not only be being great role models for practitioners themselves, but also by actively working toward changing the conditions for women, by founding nunneries and study colleges, by lobbying for the full inclusion of women in all aspects of Buddhism and by overthrowing some of the outdated rules. I believe that the fact that women are playing an equal role is one of the biggest changes in Buddhism being established in the West.

F: Bouncing Forward, your upcoming book, sheds light on the subject of posttraumatic growth. We usually tend to view trauma as having a negative impact on our lives. What inspired you to share the potentially positive impact of trauma?

MH: When I was studying in Nepal in my twenties, I got so ill I could hardly get out of bed or keep any food down. I was bedridden for eight months, and my life fell apart. So, I wanted to know what helps people emerge from trauma stronger and more compassionate. At first, I had suspected that just a few superhuman outliers, the likes of Malala and Mandela, managed to turn trials into triumphs. Though they surely exceed in courage and wisdom, they are not made of a different fabric than you and me. While caring for the very real pain of survivors who suffer from posttraumatic stress, trauma therapists tells us that most people will survive painful life events, loss, and accidents with few detectable long-term consequences. Actually, posttraumatic growth is much more common than PTSD. The research surprised me, too! We are so vulnerable, yet tenacious at the same time. But posttraumatic growth does not happen immediately or easily, and rarely does it happen by itself, therefore Bouncing Forward highlights more than sixty tried-and-true strategies survivors have found helpful, from finding forgiveness to mindfulness meditation.

It is crucial for people to know that a trauma does not have to be a life sentence, and that it can be a catalyst for positive growth. People might at first believe talking about growth in this context means whitewashing trauma, but in researching this book, I have learned that trauma can transform us in positive ways when we let it touch us. Posttraumatic growth does not mean that there is no pain. It is the struggle that acts as a force to find a new meaning and build a resilient life.

MH: There is no doubt that posttraumatic growth creates resilience. But do we have to fall apart in order to experience the growth? Or are there ways of learning as we go through life, to grow continuously from the small challenges so that they prepare us for the big hits? Because the science of posttraumatic growth is still new, the exact nature of the relationship between resilience and posttraumatic growth remains to be defined. Some researchers treat them as two sides of the same coin, while others argue about the individual factors that make up good coping before and after trauma. One of the psychologists who coined the term posttraumatic growth, Richard Tedeschi, asserts that resilient people do not typically experience tremendous growth, especially the kind of spiritual and existential growth that arises after a seismic shake-up. He likens the experience to extremely fit people for whom running a marathon is no big deal. So the less resilient you are, the more growth you have? This sounds counterintuitive, but it is exactly what Tedeschi predicts, because posttraumatic growth involves big change. So the people who show the most growth in the aftermath of trauma may be the people who have the most room to grow. This is good news for chicken-hearts like yours truly. What is clear is that the core skills of resilience can save lives, and they serve as double agents: They fortify us for crisis, help us navigate through hardship, further the healing, and support us in finding the courage to face new challenges.

F: Why did you choose to title the book Bouncing Forward?

MH: The title is a nod to civil rights icon Dr. Maya Angelou. She defines defying hardships as “bouncing forward, going beyond what the naysayers say.” I had the privilege of interviewing her for this book. Hearing her tell her story of overcoming such deep childhood trauma to become an international voice in effectuating positive change touched me deeply.

F: What do you want readers to gain from the book? How do you hope to influence their future perception of trauma?

MH: Almost every trauma survivor I spoke with thought at first that they could never lead a happy life again. But the science of posttraumatic growth offers an entirely new perspective of trauma and plenty of healing strategies. This perspective of the growth mindset makes a tremendous difference: if you show people how they can grow, they likely will. As many as 90 percent of survivors report at least one aspect of posttraumatic growth, such as a renewed appreciation for life or a deeper connection to their heart’s purpose. My hope is that this book will offer readers a new perspective on pain: A new meaning of life. A renewed sense of optimism. Because a resilient mindset not only fortifies us in challenging times, but the same qualities and skills help us in our everyday lives as well. In fact, ideally we cultivate resilience while the proverbial waters are smooth so that we have a buffer and good sailing skills when the going gets rough. The purpose of Bouncing Forward is to show how we can support trauma survivors and help them heal.

————
Michaela Haas, PhD, is the author of Bouncing Forward: Transforming Bad Breaks into Breakthroughs (Atria/Enliven, October 2015) and Dakini Power (Shambhala, 2013). With a PhD in Asian studies, she has taught at the University of California Santa Barbara, the University of the West, and centers in America and Europe. She is a reporter, lecturer, and consultant. Since the age of sixteen, she has worked as a writer and interviewer for major European newspapers, magazines, and TV stations, including hosting numerous successful live talk-shows. She is the owner of HAAS live!, an international coaching company for media, mindfulness and communication training. She has been practicing Buddhist meditation for twenty years and combines powerful storytelling with scientific research and spiritual depth. Visit MichaelaHaas.com!